Sampling on social networks
gets you real consumers

No audience is too hard to reach

No matter whom you want to gain insights from, our sampling technology can reach them. Shoppers or non-shoppers; people within a 1KM radius or a whole country; women who ride electric bikes in New York; managers in France who are working remotely, B2B or B2C- access any niche population from the comfort of your desk. 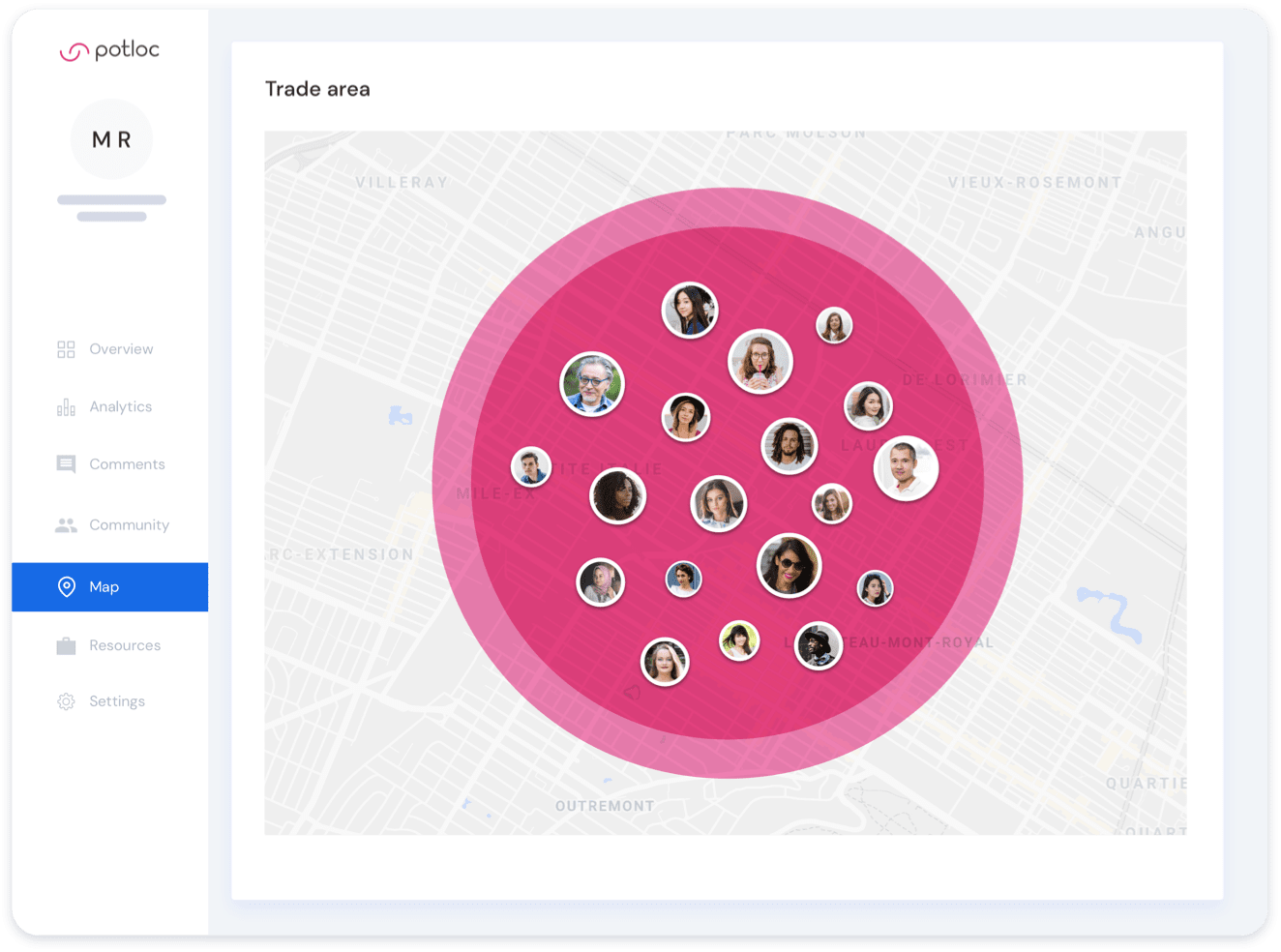 We know how to start a conversation

Non-intrusive surveys that get people on their downtime: while scrolling their social media feed

Sampling Technology that targets the right people by location or interest, no matter how small or large the sample

Intelligent sampling technology allows us to guarantee any quota, increase response rates, and reach the right people at the right time.

With our social sampling technology, we'll find the answers for you on the networks they trust: Facebook, LinkedIn, Twitter, Snapchat, TikTok, and more.

Our Sampling on social networks is what makes Potloc different

Compare it to traditional research methods

You’re using Facebook, are you buying data from them?

We never buy third party data or data from Facebook. We use it as an ad platform and to validate everything in our survey. All questionnaires are hosted by Potloc.

Do respondents know what the survey is about?

Yes, survey respondents know what the survey is going to be about. This leads to higher engagement because we only ask people things that are relevant to them.

What social networks do you use?

Today, we launch our surveys on Facebook, Instagram, and LinkedIn. Although this can be adjusted depending on your needs.

How do you access people that are not my clients yet (non-shoppers)?

The simple answer is through geotargeting. We establish a fence around your business and we can choose who to target while they transit through it. The more complex answer is in the way we build our surveys: Since they are interest-based, we pick people’s attention to answer them, and that includes non-shoppers.

Why would people answer a survey without an incentive?

We ask people about things they care about and that impacts their daily lives. People feel a connection with the questions and jump at the opportunity of getting their voices heard.

How do you address biases related to the use of Social Networks?

We acknowledge them! We know what biases we deal with and we know exactly how to address them. There are 4 types of survey bias when we launch a study:


All methodologies have a bias, few are transparent. We address survey bias head-on by sampling enough people to ensure we hit the targeted quotas.

For example, it is known that women answer more surveys and social media platforms have a higher representation of young people. However, it surprises most that there are sufficient elderly people on social media to collect needed responses.

Traditional survey methods like phone, intercept or web panels, apply weight to their results and are not transparent about the impact on the data collected.