5 reasons to use social media for your consumer studies

Marion Choufa
May 21, 2019
Information has become our lifeblood. Every decision must be data-driven, above all else. In this respect, consumer studies have proven to be a vital element of corporate strategy. 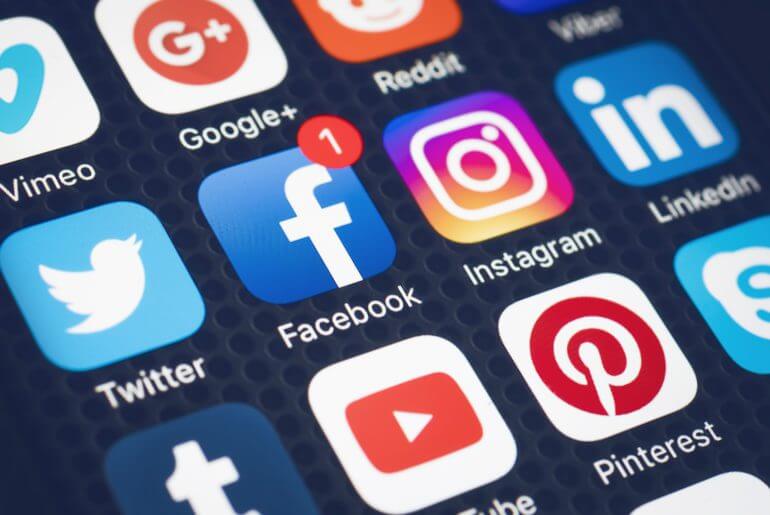 The rise of social media has fostered a new form of consumer study. Today, it is possible to survey the population directly by recruiting respondents via channels such as Facebook, LinkedIn, Instagram and Twitter. Social media has become one of the most effective and inexpensive tools for recruiting target respondents and collecting data on their consumption habits.

Nevertheless, many researchers and marketers keep on surveying consumers through traditional methods that are well past their prime. If you are guilty of this, here are five reasons to change your mind and consider adopting social media as a channel for your consumer studies.

1 – Downtime: it’s all a matter of timing

Not having enough time is the number one reason people use to justify not participating in a survey. Who here hasn’t been intercepted in the street when they were in a hurry? Or received a phone call for a survey in the middle of dinnertime? Not to mention the emails that get deleted before they’re even read.

Researchers from UCLA (University of California in Los Angeles) have discovered that our brains are predisposed to preparing us for social interactions during our rest periods, otherwise known as downtime. Whether sitting on a bus or in a waiting room, people are more inclined to visit their social media accounts during their downtime.

Thus, surveys distributed via social media profit from this downtime because they naturally intercept people at the right time, when they are the most available. This consequently eliminates the intrusive aspect of traditional methods (telephone surveys, intercept surveys, or email).

The majority of homes have abandoned traditional landline telephones in favor of cell phones. According to a National Center for Health Statistics study from 2016, 54.9% of American households didn’t have a landline but had at least one cell phone. The decline in landline use is a hard blow for telephone surveys. For instance, the Gallup Poll Social Series (a set of public opinion surveys designed to monitor U.S. adults’ views on numerous social, economic, and political topics) revealed that phone surveys generated a 7% response rate in 2017 compared to a 28% response rate in 1997 in the United States. 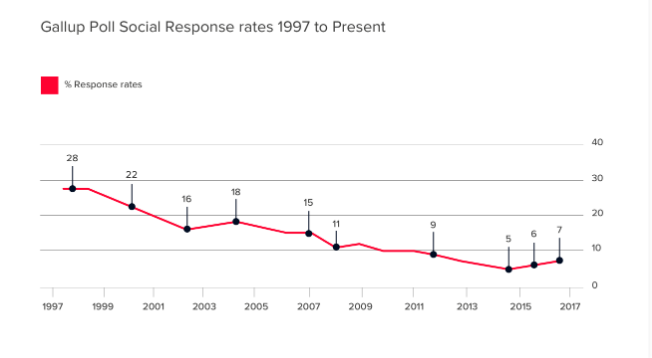 In addition to low response rates, phone surveys encounter another inconvenience: their participants over-represent certain clientele profiles. Seniors, stay-at-home moms, and the unemployed tend to be over-represented in telephone surveys. Traditional firms thus compensate for the free fall in response rates in telephone surveys by taking refuge on web panels (with contests, raffles, rewards, etc.). However, this kind of material motivation results in attracting participants known as “compers,” which can distort the veracity of the results.

Equally, in France, we observe stagnation in the number of landlines across the country: 36.9 million in 2017. The amount of Facebook users in France has now caught up to 38 million. Social networks are in the midst of an evolution contrary to that of landlines. With 169.5 million Facebook users in the United States (which represents over half the population) and 381 million in Europe in 2018, social media is officially THE new communication means. Even seniors have adopted this new channel: in 2018, 84% of people over 55 were on Facebook. These numbers indicate the vast proliferation of social media in everyday life, as well as the way phone surveys are losing efficiency.

Another advantage of social media is the ability to target a specific population. This obviously takes into account age and gender, but also interests, language, geographical area (even down to a kilometer) etc. By surveying consumers virtually, it is possible to establish trade areas that encompass all the different participants’ respective geographic locations. The inherent precision of targeting allows for participants to be surveyed on topics that intrinsically concern and interest them. 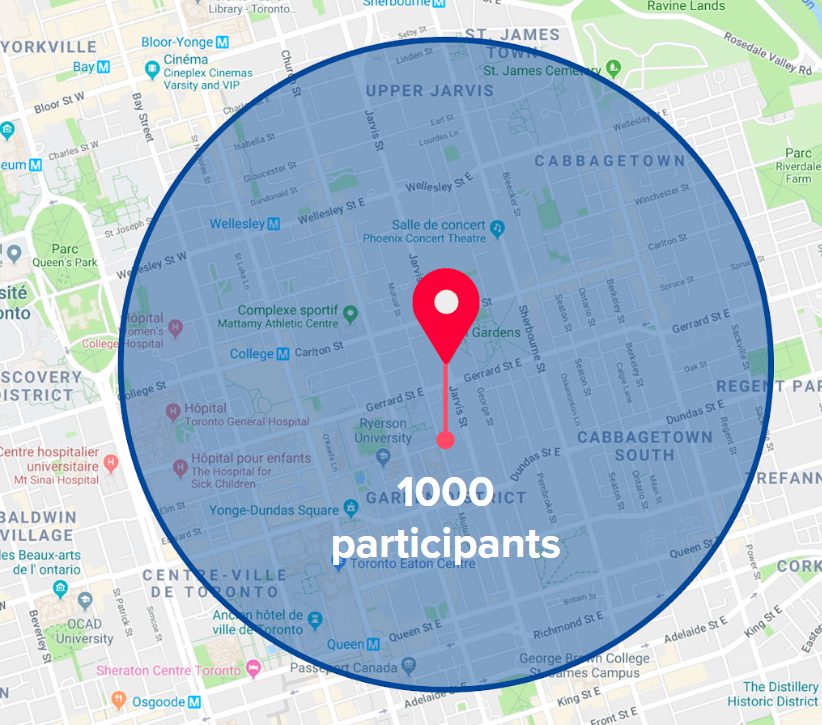 Numerous studies exhibit the importance citizens place on retailers and commercial offerings in their local area. According to a 2017 study from the French organization Centre-Ville en Mouvement (Downtown in Motion), 97% of the population believed the vitality of their downtown core depended on its commercial offering. 89% of participants felt personally concerned with the topic, and 78% wanted to be more involved in their neighborhood’s development.

When it comes to the sustainability of an area as a communal living space, survey participants can be more than spectators. With the help of geolocalized surveys, they become active members of their communities. Furthermore, this commercial democracy has an apparently positive impact on the individual. A 2012 Harvard study brought this phenomenon to light, demonstrating that sharing information activates a part of our brain related to pleasure and decision-making. Given these findings, residents feel affected by the development of their neighborhoods, and are thus more inclined to share their opinions.

The ability to survey various profiles is a major asset in a company’s client acquisition strategy. These strategic targets include:

However, this task can prove to be arduous without the proper tools. Thanks to social media, it is possible to target a specific geographic area that includes all profiles: your clients, as well as strategic targets.

In contrast, methods used by major companies (surveys emailed to loyalty cardholders, surveys promoted on receipts, etc.) inherently cannot survey these strategic targets. These methods can only reach your customers, and often the most loyal of them.

5 – Because the major companies are doing it

Major retail and real estate players like Decathlon, Carrefour, L’Oréal, and Cadillac Fairview have already adopted this method of conducting consumer studies via social media. These big names all decided to work with Potloc because they see the potential of social media in relation to client studies. In the last few years, POTLOC has succeeded in establishing a trusting relationship with its partners. By believing in our method, they have been able to enforce their loyalty marketing and acquisition strategies.

The rise of social media is crippling traditional survey methods. This revolution is blazing a trail for businesses, one that allows them to get closer to their clientele. Make time today to schedule a phone call with one of our experts so you can start optimizing your consumer studies.

5 reasons why turning consumer research into a new communication channel is a great idea.

The advantages of a customer-centric strategy