Stadiums of the Future: How Data Collection is Bringing New Life to the Live Sports Experience

Sunday, February 13th, 6:30pm EST: the NFL’s top two teams, the Los Angeles Rams and the Cincinnati Bengals, will square off in the 56th annual Super Bowl showdown. Millions will be watching from the comfort of their own homes, but 70,000+ people will be in attendance at the new, state-of-the art technological masterpiece in SoFi Stadium. Home to the Rams and the Chargers (the other LA-based NFL team), this 3.1 million square-foot arena comes equipped with all the new digital gizmos and gadgets, creating an encapsulating and borderline magical environment for the fans.

At the heart of any sport is its fans, which is why SoFi Stadium was built to host epic football games, ones to give attendees the top-tier experience they deserve. So, how did the physical and digital architects of SoFi Stadium know what features to include within it in order to increase attendance and elevate the fan experience? They collected and referred to lots of data, of course. 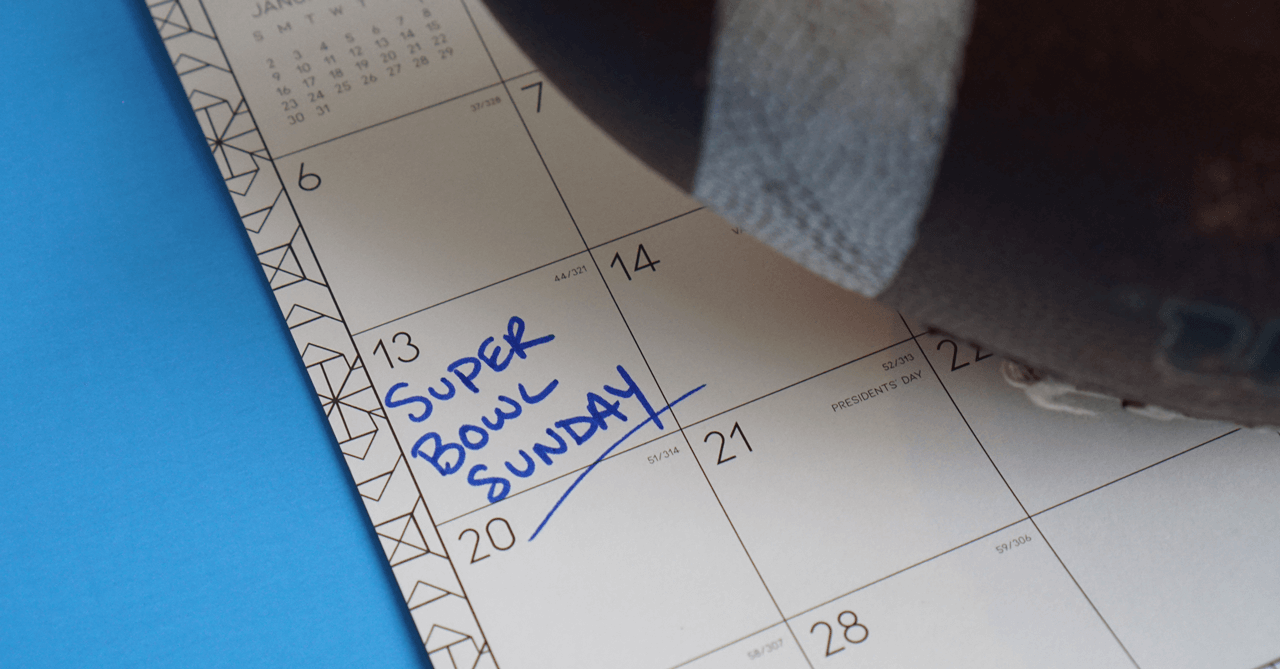 Bringing The Fans Back

SoFi Stadium boasts a 70,000 square foot video board, also known as the “Infinity Screen”, providing every fan in attendance with additional on-field angles, replays, and other captivating graphics that help illustrate what’s happening in the game below. SoFi Stadium was built with the intention of using digital displays for all their content needs, from advertising efforts to the concession menus. Due to blistering WiFi connectivity speeds powered by more than 2,500 access points within the arena, fans are more than reaping the reward. For example, attendees can enter the stadium by scanning their mobile tickets directly onto the turnstiles, allowing for a seamless passageway in. They can also shop for merchandise and buy food directly from the digital wallets right from their mobile devices. Emphasizing the stadium’s and its supporting digital applications ease-of-use is a calculated maneuver. By giving fans all the tools they need to eliminate the normal stadium experience pain points (e.g. long lines to get into the stadium and to buy food), the experience naturally becomes more positive. Everyone wants to feel like a V.I.P. - the mission of SoFi Stadium is to make all who enter feel like one.

Let’s go a few steps back and first understand why fan attendance is crucial for sports organizations to maintain. Simply, it’s a critical source of revenue for teams. Revenue generated from ticket sales, parking, merchandise, food, beverage, and any other stadium-related expenses help finance a team’s various business operations. A healthy fan following and attendance rate also proves that the product you’re selling (in this case, the team itself) is of high value and can help renegotiate existing sponsorship deals or even attract bigger ones to elevate the organization to new heights. That being said, teams have been fighting an uphill battle against another fierce competitor in the battle for live sports viewership: the at-home experience.

In recent history, sports fans seem to prefer watching events from their couch instead of at the stadium. One of the main reasons for the popularity of home viewing boils down to comfortability. Being able to put your feet up on the table, surrounded by people you’re comfortable with, eating the food that’s in arm's reach and going to the bathroom just down the hall are a few perks that help explain the decision. Now that televisions are capable of producing crystal clear, HD content, we already feel quite immersed in the game, even through a screen.

Also, 80% of sports viewers say that they’re using their computers or smartphones to engage in additional sports content while watching sporting events live on TV. As we can see, fans are taking every opportunity to immerse themselves into the sports world, whether it be to watch multiple games at once, check on their fantasy team performances, or shoot out a tweet to express how cool that catch was. With the living room sofa winning over so many sports fans, coaxing them back into stadiums may seem like a challenging feat. But, while the war is far from over, the top marketing minds among sports organizations have begun to crack the code. By driving live engagement, as seen in SoFi stadium, sports teams can recapture the magic of in-person spectatorship and once again fill their seats with excited and passionate supporters. 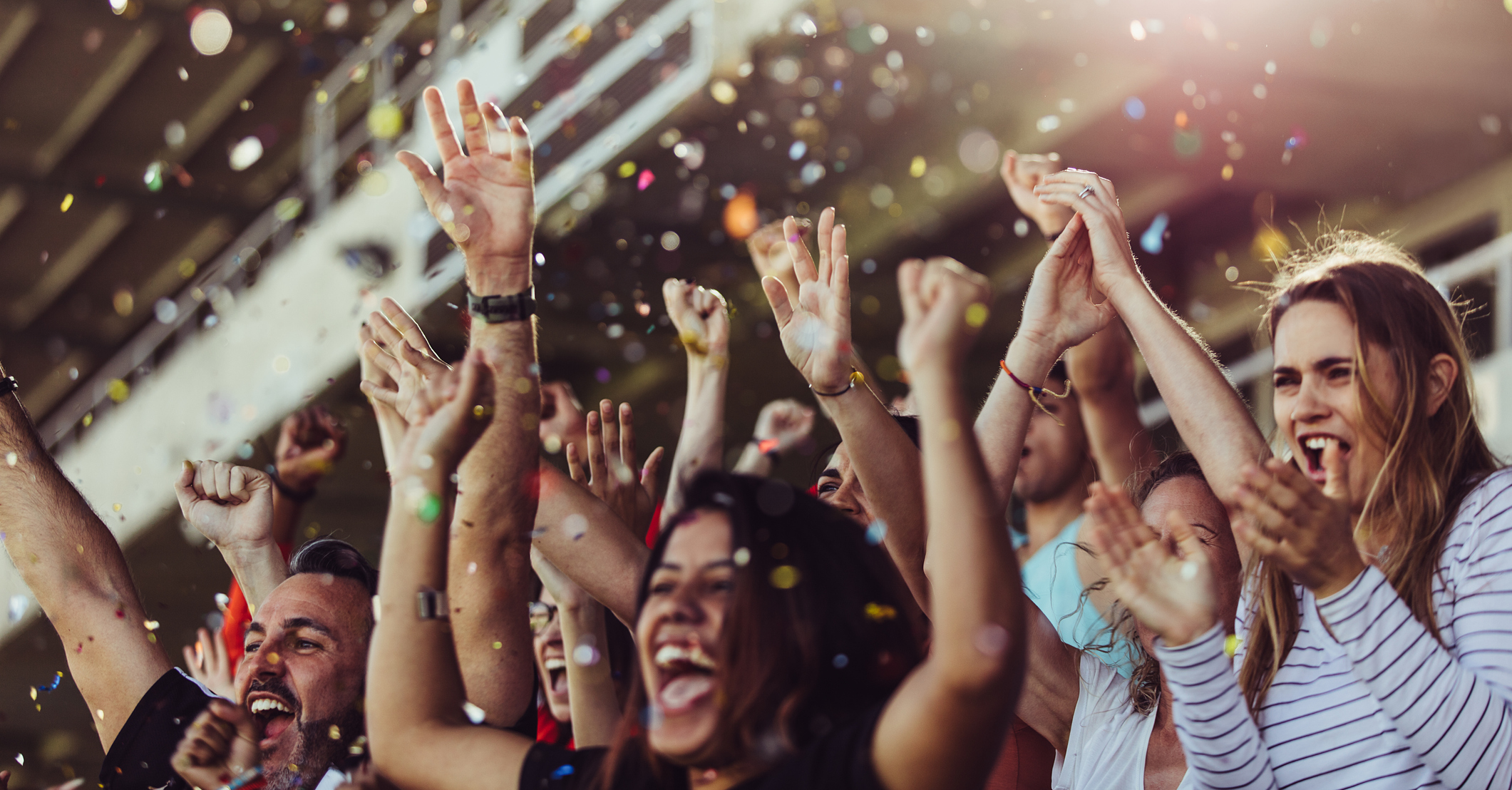 At the end of the day, there are two keys to bolstering fan engagement, being digitally-oriented stadiums and digital ticket systems. To expand a little more on the new futuristic sports behemoths being built like SoFi stadium, the end goal of building these arenas is simple: to keep spectators in their seats for longer so that they can watch more of the game, absorb more content, and generally derive more value from the experience as a whole. To do this, programmers involved with SoFi Stadium have created applications that allow attendees to order food and drinks to their seats and guide them to the least crowded bathroom, among other uses.

Making spectators’ stadium experience more efficient is one thing, but maintaining their engagement is another. As we know, people like to use multiple devices when watching sports from home in order to keep up with seemingly never-ending additional content. Stadiums have recognized this need, and have put ramped up the content on their jumbotrons (or in SoFi’s case, the “Infinity Screen”). Now, you may see key matchup and player stats from the current game being displayed, as well as important updates from other games around the league. There’s no need for multiple screens when one can cover it all.

There are tons of examples of sports teams from other leagues and even countries that are hopping on the fan engagement wave as well.

For example, at the Allianz Arena, home to Bayern Munich (one of the top soccer clubs in Germany), fans were quite interested in the narrative surrounding games, not just the games themselves. Therefore, the club installed additional TV screens throughout the stadium, both inside and out, portraying relevant team stats for people to absorb before arriving at their seats. At the Sleep Train Arena, where the Sacramento Kings of the NBA play, fans who were high up in the stands felt especially disconnected from the game down below. So, in order to enhance their experience, team players and personnel were equipped with smart glasses during warmups to offer fans a more intimate view of the court.

Now, let’s dive into the rise of digital ticketing systems. As the world becomes increasingly paperless, sports organizations are following suit - but they’re not just doing it for the betterment of the environment. E-ticketing platforms allow organizations to collect massive amounts of data which let them know people’s tendencies during the purchasing process, who’s buying tickets and who's visiting the stadiums on game day. Consequently, teams can better target their fans who are attending the live games, and drive repeat ticket purchases with promotional efforts. Data is constantly being compiled from one game to another, leaving organizations with gold mines of information to continually improve both their product offering and their ability to target new and existing fans as well.

Another valuable aspect of gathering data through e-ticketing platforms is that it gives teams the ability to forecast attendance and potential no-shows for a particular game. They can then target these customers with emails, for example, to remind them that they can transfer their tickets to somebody else. This way, the team can capitalize on things like concession and merchandise sales to their fullest extent.

Clearly, sports organizations have two priorities. The first is to offer their loyal fans a fulfilling and engaging live experience, and the second is to make money while doing so. It just so happens that the link between these two massively important goals is data collection, something that we at Potloc know all about. 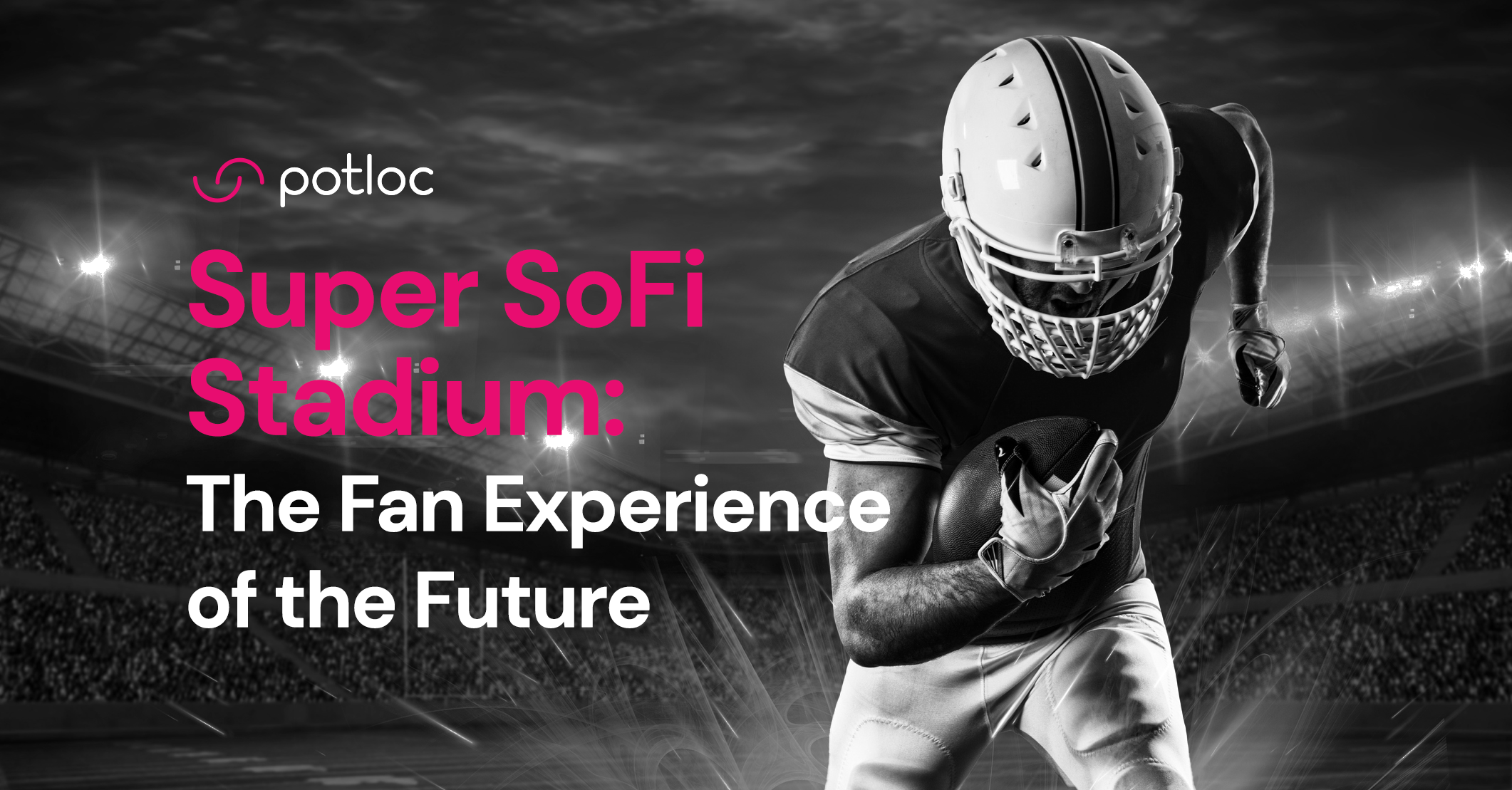 As a leader in the market research industry, Potloc helps companies gather critically relevant data from any target market, no matter how big, small or niche. Furthermore, because Potloc doesn’t incentivize respondents, we target respondents on the channels they’re most likely to want to share their opinions on: their social media. If you’re a business or organization in need of accurate and quality market insights, be sure to work with Potloc for all your research needs. Our data quality is also a cut above the rest due to our diligent cleaning processes, ensuring that we present clients with the most relevant and useful information possible. At Potloc, we believe the future of market research is social. Work with us to quickly gather the insights you need to make smarter decisions using high quality data with pinpoint accuracy.

Insights from the Canadian front lines of the COVID-19 pandemic

Struggling to fill vacant anchor tenants? Not everything is lost