Jérémie Caussin
Mar 19, 2019
In a complex world, being intelligent means ignoring the irrelevant rather than accumulating an abundance of information. Yet retailers rely on increasingly more complex data in order to act. Almost all of their forecasts turn out to be completely wrong, while current forecasts, including the announcement of the death of the retail trade, follow the same path. Here are four golden rules to follow in order to make enlightened decisions in a changing world that nobody seems to understand anymore. 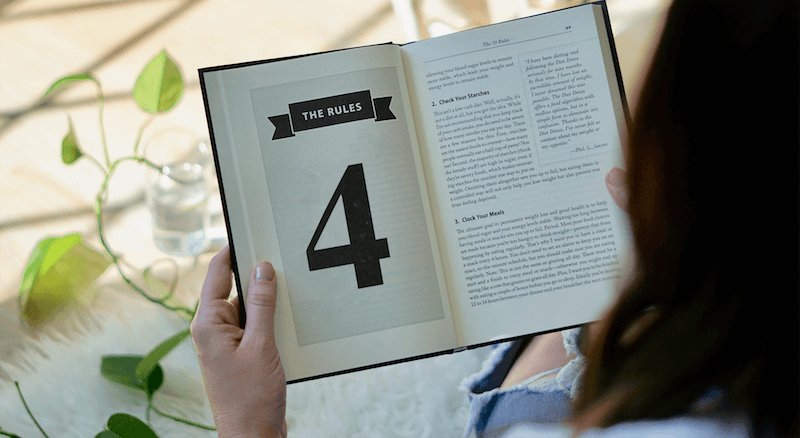 To maximize your chances while reducing your risks, Nassim Taleb, author and risk engineering professor, recommends investing 90% in very stable pursuits with little risk exposure, and 10% in very risky areas, which have more exposure to improbable events and that offer infinite prospects of success.

Let’s consider Walmart, which, since its creation in 1961, has done its utmost to offer the lowest prices to its customers. Its supply chain, its employees, the store layout, in short, the entire company, is designed to maximize customer satisfaction at the lowest cost possible. It’s an empirically proven strategy that has seduced generations of consumers.

Has the company done its utmost? Not exactly, it’s more like 90%! Walmart focuses the rest of its efforts on related projects like Walmart Labs, into research and innovation, and social investments. These different activities are scalable, that is, there is no ceiling to the profits they may generate for the company. Whether by discovering a revolutionary technology or boundlessly increasing your reputation, the potential benefits of these activities outweigh the amounts invested.

In short, Walmart knows something about exposure to rapid change in the industry.

2 – LISTEN TO YOUR TAXI DRIVER’S OPINION

A historian, economist or influencer is no better than your taxi driver or janitor for forecasting, says Nassim Taleb. The accumulation of data and its complexity make it difficult to predict the consequences of our actions. Those who have the most data under their eyes become the least capable of making wise choices.

Paradoxically, recognized analysts’ opinion has a lot of impact in everyday life. A typical person tends to make riskier and sometimes disastrous decisions if they are supported by an expert’s advice. In Milgram’s famous experiment, the degree of an individual’s obedience to an authority they deem legitimate goes beyond their own ethics and self-interest.

And yet, in his book, “Skin in the Game”, the author also warns against the different individual biases that distort their predictions. Analysts are not encouraged to be right – in fact it is enough for them to explain the causes of their failure once an event has passed. To avoid conflicts of interest, Ralph Nader, an American congressman, proposed sending all those voting in favour of the war to the front (with their families)…which was enough to make them think twice before making hasty decisions. Good preachers have two things in common: they avoid providing very specific information, and they are personally confronted with the consequences of their predictions.

3 – LEARN HOW TO LEARN FROM FAILURE: THE TOYS ’R’ US CASE

We must rethink the way we learn from history’s events. To take a current example, what have we learned from Toys’R’Us’ bankruptcy? Have we learned that the evolution of leisure is a cyclical process, in perpetual transformation? Certainly not! The retail industry retains more of the brand’s debt accumulation, that its stores were too eccentric and that it faced fierce competition.

These indicators are not relevant to take action: which company will decrease its debt after seeing another go bankrupt? Which company will be able to convince its competitors to close shop?

Also, the lessons from history’s great events must be understood in a general way before analyzing a specific one. The history of the Maginot Line demonstrates the limitations of learning only the facts and focusing on the specific. After WWI, the French constructed and impenetrable wall to prevent an attack from Hitler, but he and his army simply went around it to invade the country, with disconcerting simplicity. The decision-makers of the time had diligently learned history’s lessons, but with too much precision.

Analyze longer cycles and learn the big rules (including the ones you can’t learn from the specific) rather than the facts.

According to a paradox called the “Lindy Effect”, a human’s life expectancy decreases as time goes by, but the life expectancy of an idea or a technology increases as it ages. Many years being exposed to change make it more robust, more malleable, and more “anti fragile”.

The retail industry has been around since the first markets, some 7000 years B.C. Many years of resisting change has given it a proportionately high life expectancy.

The very concept of retail has undergone many changes. Whether it was the fall of the Roman Empire and its prosperous markets in 476, the end of the Silk Road in the 15th century, or the dissolution of the Dutch East India Company in 1799…these events sounded retail’s death knell at the time, without burying it indefinitely. In the same way, a 300-year-old company has a longer life expectancy than any new company, and any time-tested strategy is more likely to pay off.

The author takes this concept further by claiming not to eat any fruit with “Greek or Hebrew names” or not to drink anything that is not yet 1000 years old. He trusts time to select what is good and what is there to last.