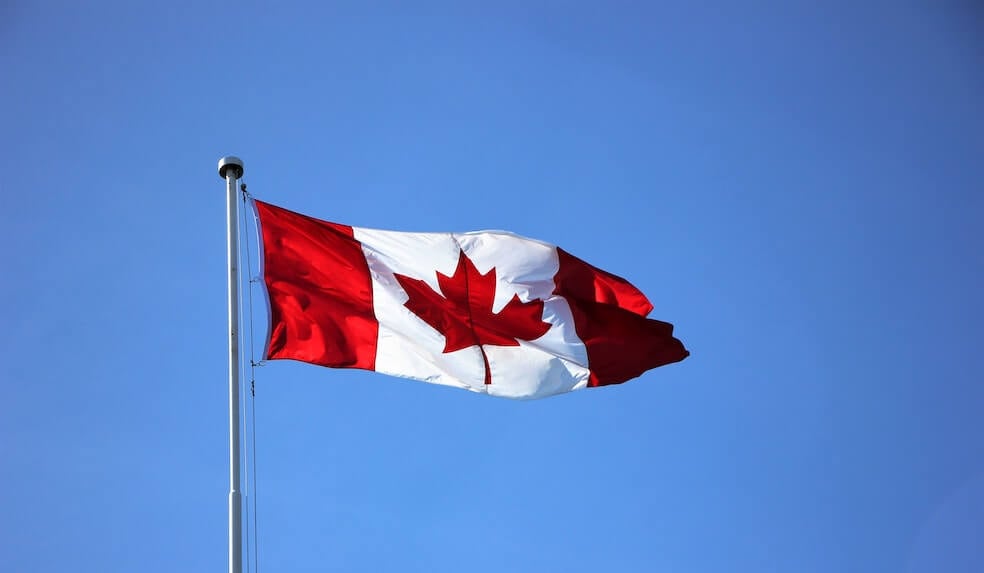 At Potloc we thrive on curiosity. And it is the consumers we question that guide our never-ending learning path. So, to spice things up a little, we decided to use our methodology –and the brains of our hyper-talented team of researchers, to survey Canadians about the upcoming Federal Election of October 21st.

We realized traditional polls focused on predicting which candidate would win, so we decided to go for more interesting questions. We asked Canadians about who they trust, who they see as the fittest to lead the country, the topics they cared about, and even about the sources of information they trust in the era of fake news, foreign influence, and deep fakes.

Curious about the results? You can read the full report and methodology here, but we’ve extracted 5 key findings for you. Read on!

To get this one out of the way, we asked Canadians who would they vote for should the election happen today, and the results are not surprising as they match most polls out there: 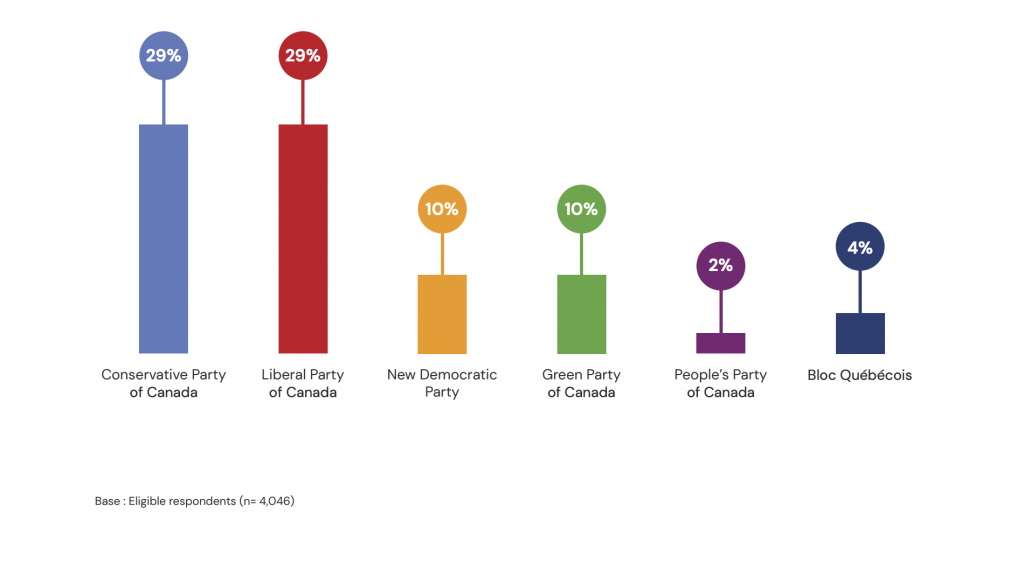 Now…on to the more interesting stuff:

1 in 6 Liberal and Conservative Voters are “soft supporters”

We wanted to measure how committed Canadians are to the political party they support today, so we asked them a series of questions to get their input:

The statistics explain how much of each party’s support is “soft”, and where their respective “soft supporters” would park their vote in the event they change their mind before election day. Our Head of Research for North America Marc Di Gaspero puts is this way:  We’ve found that each party has a base that is firmly committed, and a portion of their supporters who might still drift to other parties. For example, 5% of those polled are soft supporters of the Liberal Party. The same is true for the Conservatives.

5% of Canadians don’t identify with the Liberal party and would actually vote for the Liberals. Here is the breakdown:

Climate change, the economy, and healthcare are the topics Canadians care most about.

We also asked Canadians about the topics they would like political party leaders to talk about more between now and election day. We saw climate change leading, followed by the economy and healthcare.

The leaders’ debate, online newspapers, and TV news are the sources of information Canadians trust the most when it comes to the Federal Election.

While these three sources of information are considered the most trustworthy, 13% of Canadians take to social networks to get their electoral news. 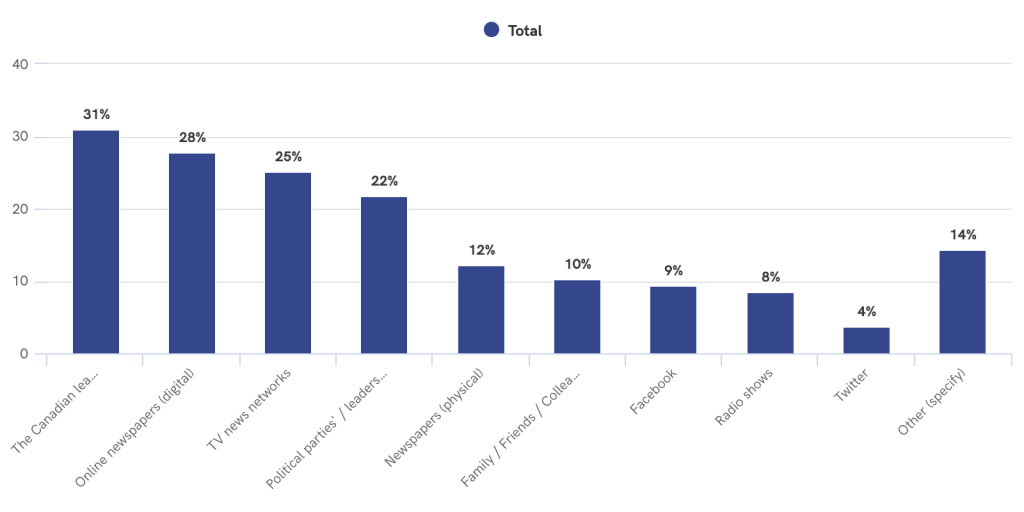 27% of Canadians believe they have been targeted by a foreign power or special interest group trying to sway their vote through social media, and 18% are unsure.

Voters from British Columbia, Alberta, and the Prairies rank higher in the perception that they have been targeted through social media, while Quebecquers seem more confident about the opposite.

40% of Canadians think our role on the international stage should be to demonstrate leadership on climate change, while 31% believe Canada shouldn’t play any role and focus on internal issues. 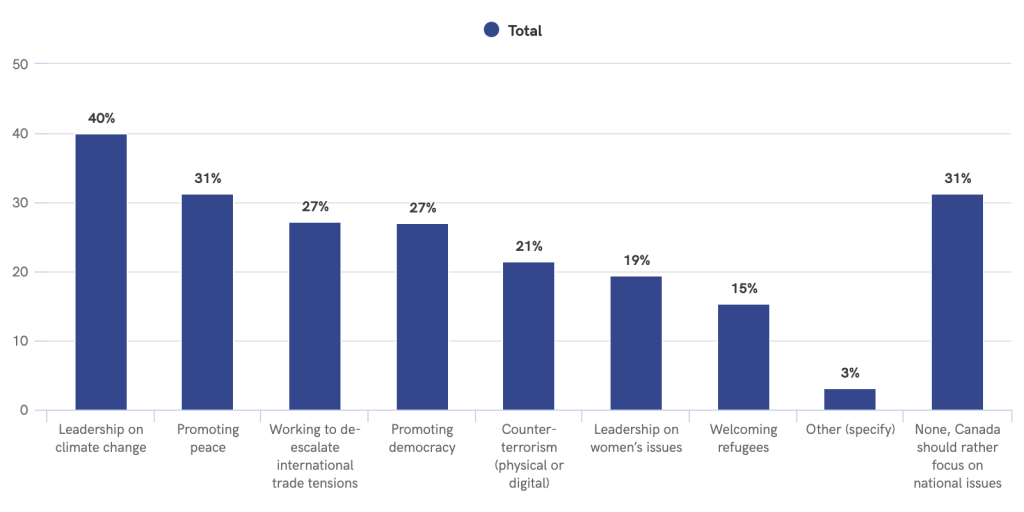 Curious to see all the breakdowns? Read the full report and methodology here.

Potloc raises $20M in Series A

Data Quality in the age of consumer panels: an interview with Potloc’s head of research Marc Di Gaspero

The 10 advantages of Potloc consumer studies